Stripped of his unbeaten record when third in the G3 Lacken S. over six furlongs at Naas May 29, Aclaim was off the board on his next three starts at that trip before successfully stepping up to a mile in a handicap at Ascot last time Sept. 2. Anchored in last early by a confident Jamie Spencer, the bay made smooth progress between rivals to gain the lead without turning a hair passing the quarter pole and quickly had the race sewn up in an authoritative display. The dam, who also has a yearling colt by Dawn Approach (Ire) and a filly foal by Slade Power (Ire), is a half-sister to the G1 Irish 1000 Guineas and G1 Moyglare Stud S. winner Again (Ire) (Danehill Dancer {Ire}), who later produced the Listed El Gran Senor S. winner Indian Maharaja (Ire) (Galileo {Ire}), and the group-placed Arkadina (Ire) (Danehill), whose daughter Iltemas (Galileo {Ire}) won at listed level. The third dam isthe G3 Prix de Lutece winner and G1 Prix Royal-Oak runner-up Floripedes(Fr) (Top Ville {Ire}), whose son Montjeu (Ire) needs no introduction. 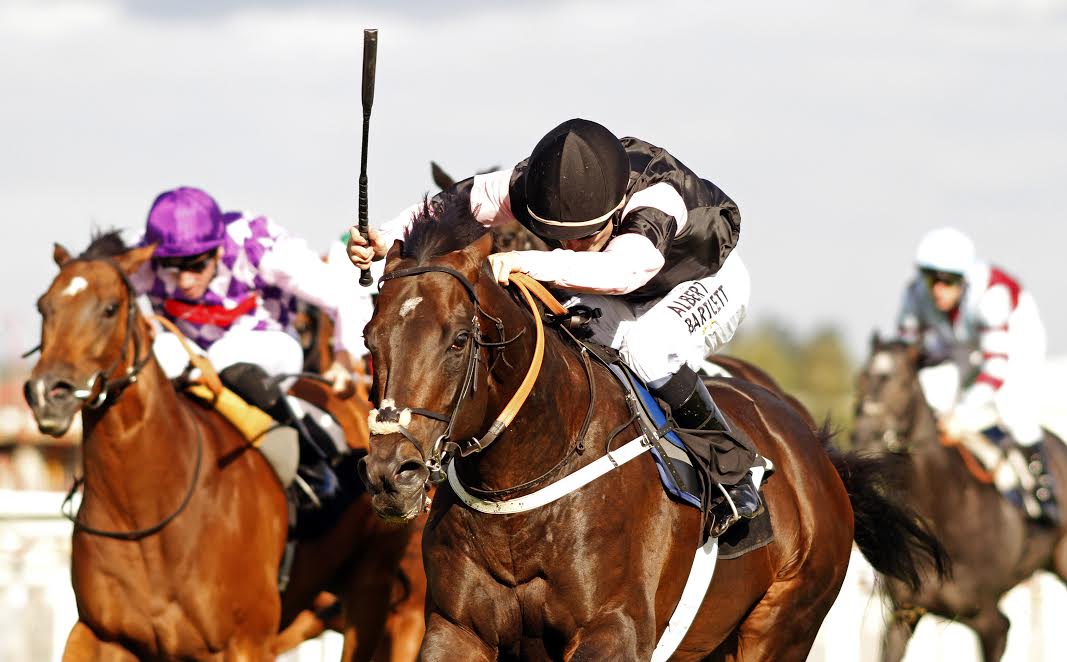